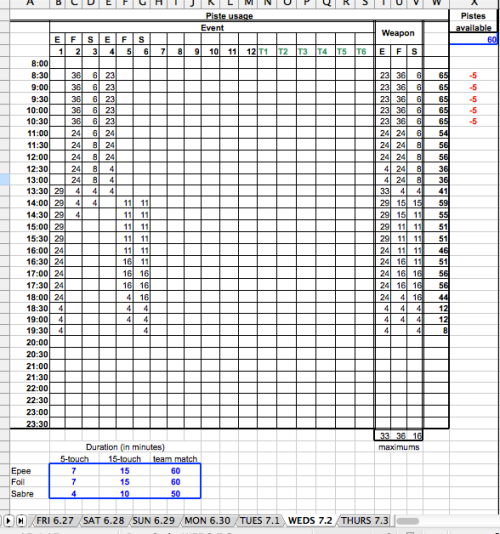 Actual:
Nice straightforward day with no major problems, aside from a number of officials needing to rebook their flights home after cancellations due to the hurricane.

We stuck to the plan Jill and I had made the previous afternoon, and the day flowed somewhat more smoothly–if inevitably more slowly than projected–than Tuesday had. I sat down while pools were out in the morning and mapped out the strips for the next–last!–day before the difficult-but-necessary-to-resist urge to nap hit me, on the assumption that I wouldn’t be able to do it at all later in the day or the next morning.

Only about 2 hours later than the projection: done around 9:30 pm.